Fifty Shades Freed….or should that be freed from Fifty Shades and everything E.L James related.  The third and (thank goodness) final installment of the BSDM Twilight fan fiction erotica series that created frustrated housewives across the entire globe has been brought to a close on the big screen.

Chicks at the flicks / Girls night out

When I was challenged to review the first 2 50 shades movies (and believe me, watching without scratching my eyes out or rolling my eyes at continually simpering from Ana or glowering moodiness from Christian), I knew at some stage I would have to watch the third.  I hate leaving things undone and to be honest, I was curious to see if it could possibly be better on the big screen itself…..If I’m going to do something, I’m going to do it right.

So I booked tickets to a Girls night out session (tickets..plural…I took my wife, I didn’t want to be the creepy guy sitting in the front row by himself)

I arrive to scores or giggling, gossiping, sexually hungry women, all standing around listening to a young lass with more tears in her denim than actual jeans.  Every Christian fan is currently holding a glass of some pink, bubbly sangria like concoction which one can only assume is a mixture of cheap moscato, roofie and self respect – but it is being swallowed down with gusto (as I receive a mixture of looks that contain part condemnation, part hairy feminist and what I like to think is “hmmmmm, he’s a bit of alright” – I was the only testosterone for quite some distance, it might have been the case, just saying).. 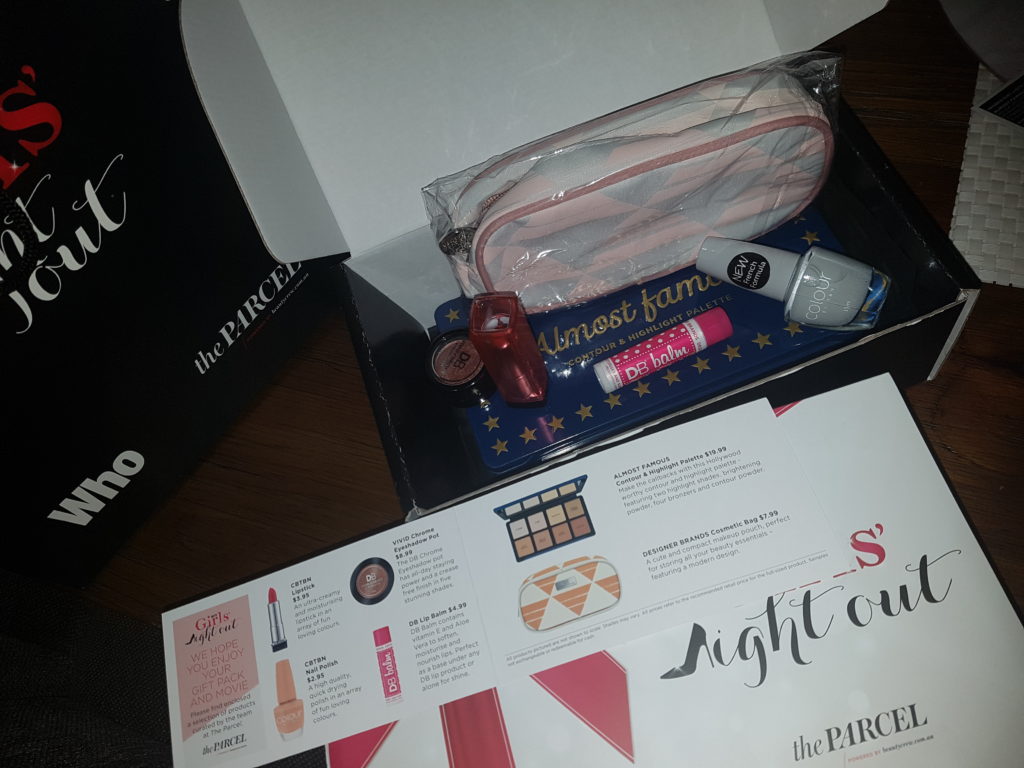 Yes, I got a goodie bag.  Yes, it is for a girls night out.  No, I do not need lipstick, nail polish or whatever that powdered stuff in that small round jar is.  But, bugger me, I’m taking it home with me *side note* – best dad ever points, gave it all to my daughter.

Is it over yet

The credits aren’t even rolling and there is sex.  Granted, its just some wild rutting where you can only see a Grey back (whose, dunno, don’t care, I was writing in my notebook “credits still rolling…sex”.

The audience were loving the movie right from the get go.  There was applause as the sickeningly happy couple said their vows and agreed to a life being handcuffed together legally…..not just literally.  There were ooooohs at the dress, there were giggles at the cheeky little comments from the married couple and a couple of cheers as the couple get down to action.

Has much changed from the other movies to this?  Yes.  Gone is the overall power struggle between two people from glaringly different social and sexual backgrounds.  Gone is the exploring of a new sexual world by Ana, seemingly open to and embracing of all things that appeal to her sadistic beau.  Gone are Ana’s friends.

Really, to me, the movie felt like a wrap up of a bunch of ideas dressed up to keep the audience happy.  There was exquisite clothing, there were trips to overseas locales and a flight to Aspen, there were Audi’s galore (I tip my hat to the folks at Audi, not only for producing amazing vehicles – I drive an A3 – but for getting their cars in so many movies), there was expensive jewelry and there were also nods to a lifestyle that only those of the exorbitantly wealthy kind could be accustomed to…but not much else.  No real substance to it all.  It was just a bunch of advertisements – one for Audi, courtesy of a random car chase scene culminating in a sex scene which seemed dubious because of the much-to-easy transition to mount in an Audi R8 that screams “there ain’t no room for that type of shenanigans in here) and another for (you aren’t going to believe it) – Ben & Jerry’s, ice cream sex – bringing the added complexity of lactose intolerance to the bedroom. 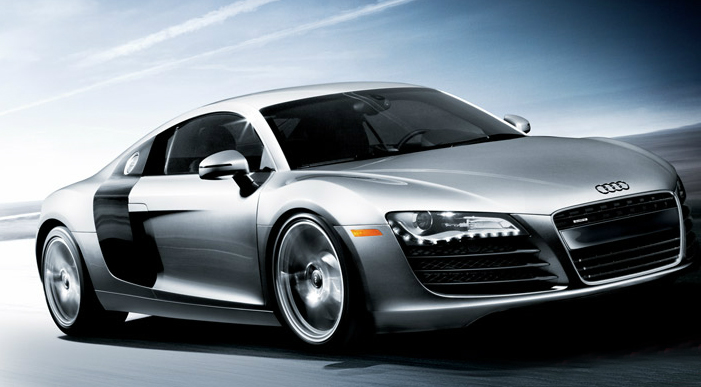 Ana has grown a strong as heck vagina.  Now normally, I would say “Ana has some big balls”, but those things are weak and prone to being kicked and dropping you like a bad habit.  Now a vagina…those things can take a pounding and are tough as the decision to vote for Trump or for Clinton.  Either way, Ana, has grown some inner strength.  She has pride, she has power, she’s a bad-ass mother who don’t take no crap off of nobody – Christian, Hot architect chick, Liz the random work colleague or even Jack Hyde – the 50 shades of bad guy.  She is teaching Christian that he can’t just order everyone around (including her) and that he should talk about it and then come to an agreement – I’m glad that it’s not just us normal fold that have this complication in their life, I’m constantly trying to get things my way, but after talking about it, realise that it should be my wife’s way. 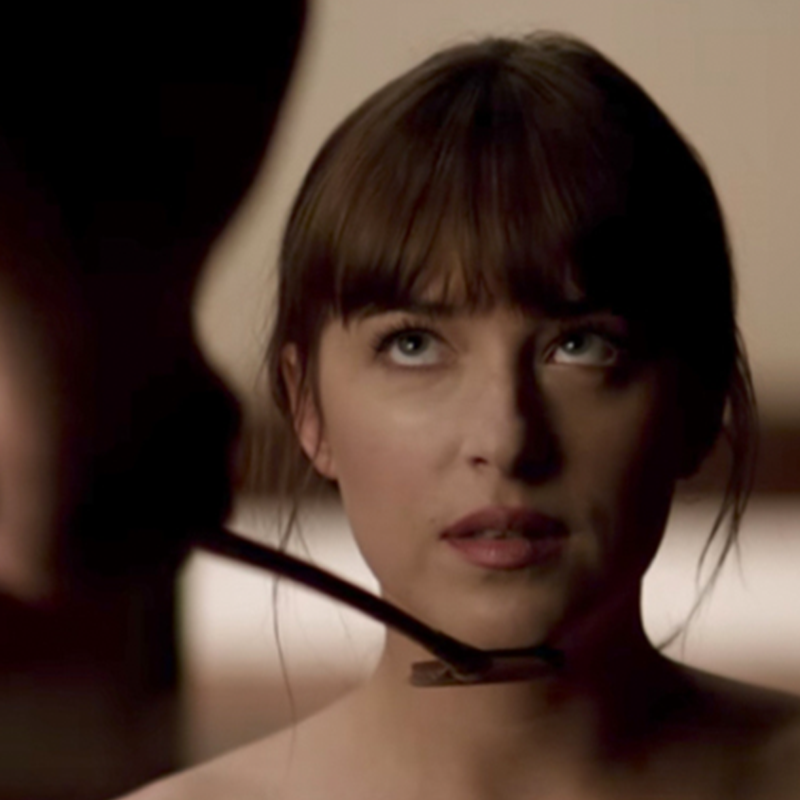 Goofs/problems I had with the movie

Firstly, just going to the movie in the first place was a problem….but I digress.

Sawyer – the smoldering security guy for Ana (is that a prerequisite to be on this movie? Do all of these actors have “Smoldering” in their CV?) is way too good looking for overbearing, sexually protective Christian to allow him to guard her.  Christian is more likely to select a musclebound lesbian or a hardnut bearded ZZ Top kind of security guy that couldn’t possible steal his red room play thing off him.

Yes….we know that Rita Ora is in the film, but having her song playing at a slightly too high volume as she is about to be on the screen is just…..weird.  Almost 4th wall breaky kind of weird.

Christian sings. While sitting in front of a piano.  The billionaire with mummy issues belts out an old timey tune that saw me surrounded by an estrogen infused sigh from the collective Grey fans in the audience (each of them wishing to whatever deity they worship, that they could hear “Mr Grey will see you now” spoken in their direction in real life).  It wasn’t the best singing and thankfully, this was not a musical (although a pornographic musical could have a whole new audience).